Yesterday I posted some resources, including the Chuck Vanderchuck PBSKids website, for teaching Jazz at the elementary level.  Jazz is truly an American art form and although it is a world-wide phenomenon now, it started here in the Southern United States.  I am proud to be an American and as an American music teacher, I owe it to my students to expose them to jazz, as it is the grandfather of most current American music (country, rock and roll, pop, etc.).

Jazz is by nature a participatory art so I like to get my students interacting and making music as much as I can.  One of my favorite ways of getting students to participate in making jazz is playing the 12-Bar Blues progression.

I know that technically the 12-bar blues is from "the blues" but the progression is also used in a lot of jazz tunes as well.  It is a great way to get kids participating in jazz without knowing so much of the music theory required to play good jazz.  You can choose any piece that uses the standard 12-Bar Blues Progression for this (I use "Good Mornin' Blues" or "ABC Blues" from the Silver-Burdett Making Music Textbook Series from the 2nd Grade and Kindergarten books respectively.  I've also used Chuck Berry's "Johnny B Goode" recording) 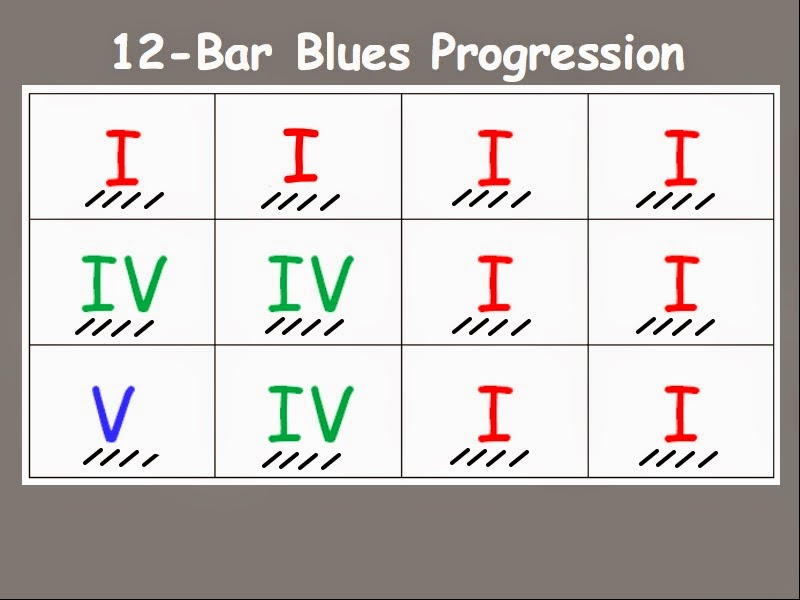 Then we discuss that each roman numeral represents a chord in music.  We define chords as 3 or more notes played at the same time and that each chord has different notes in it and each chord sounds unique. 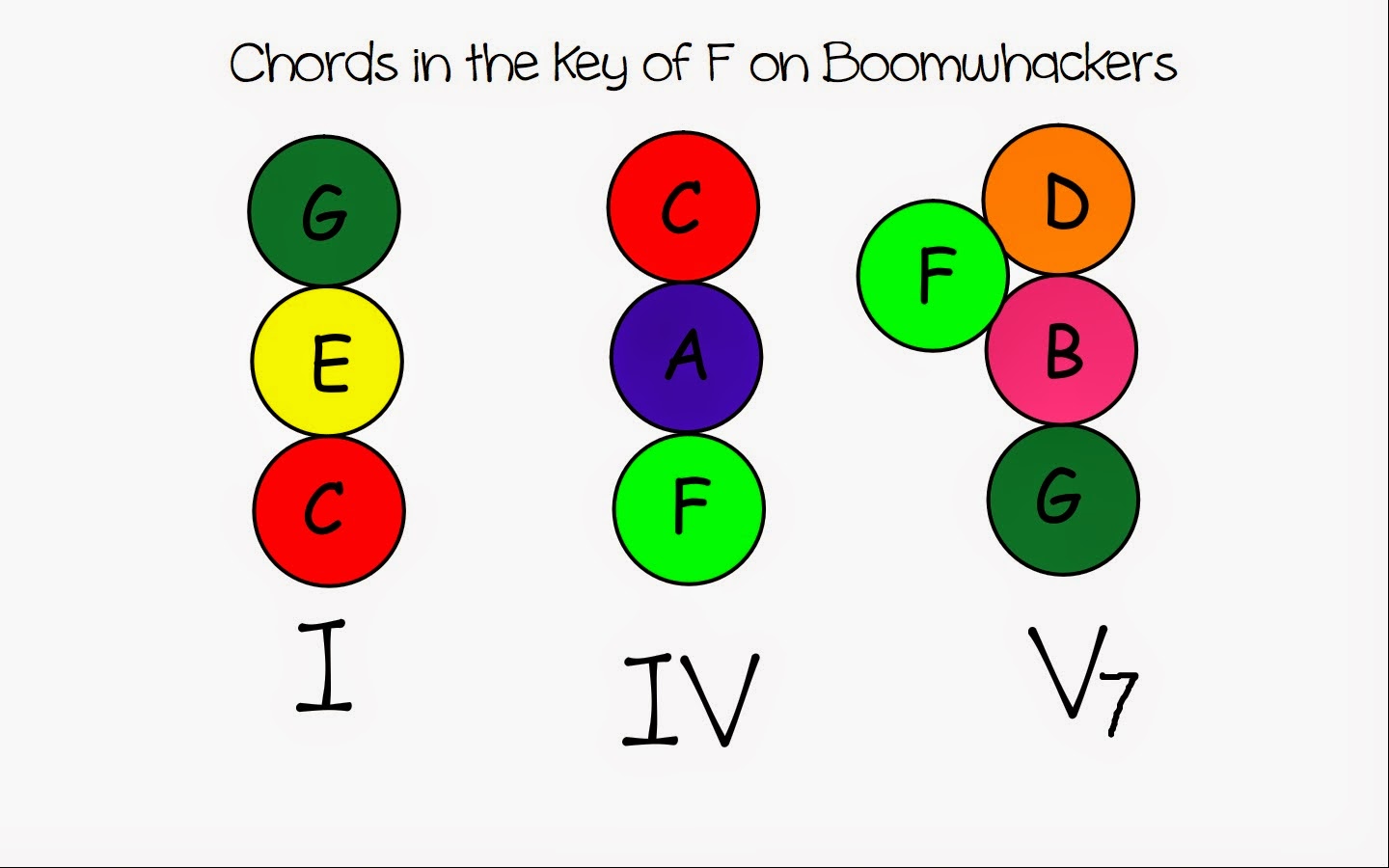 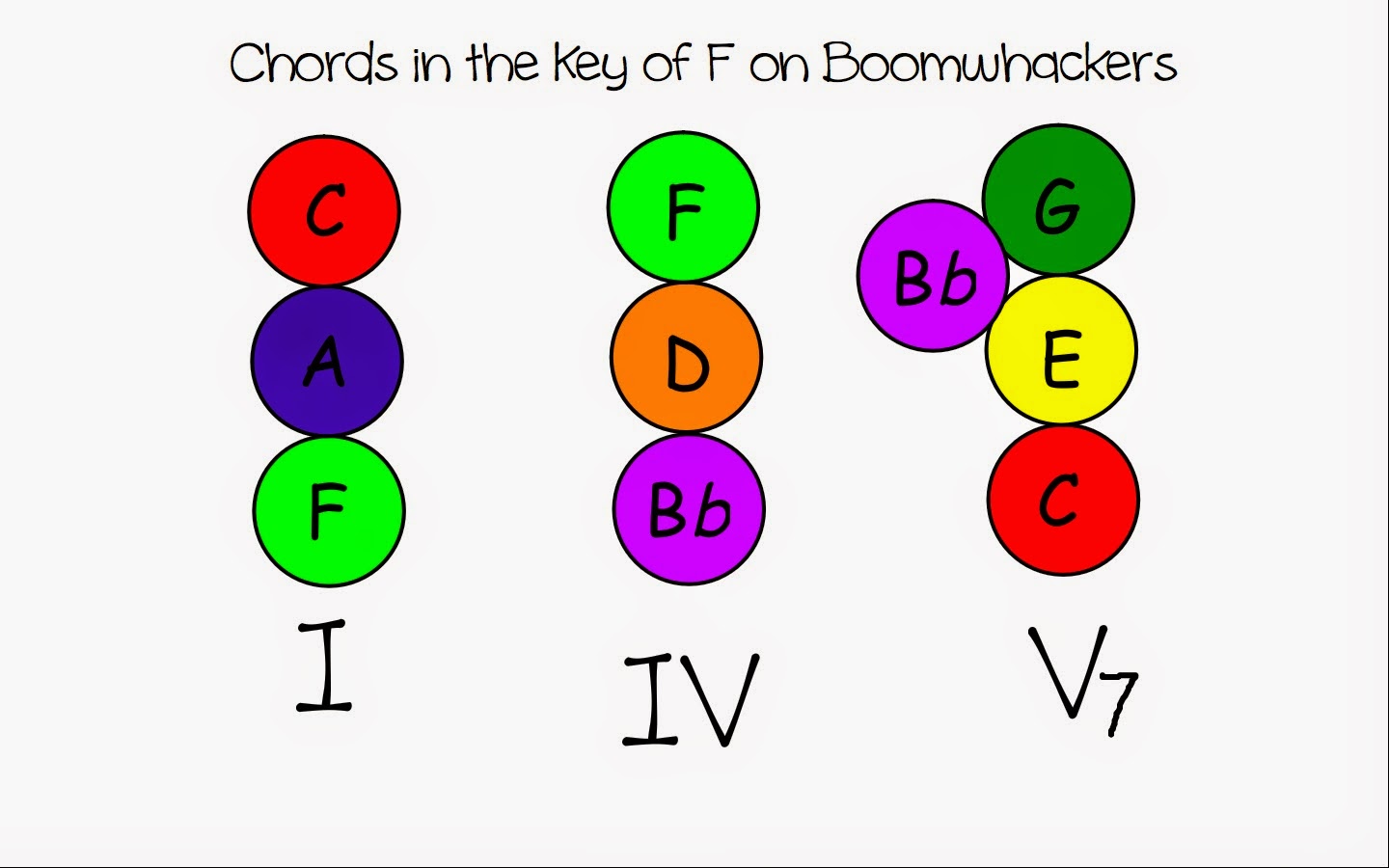 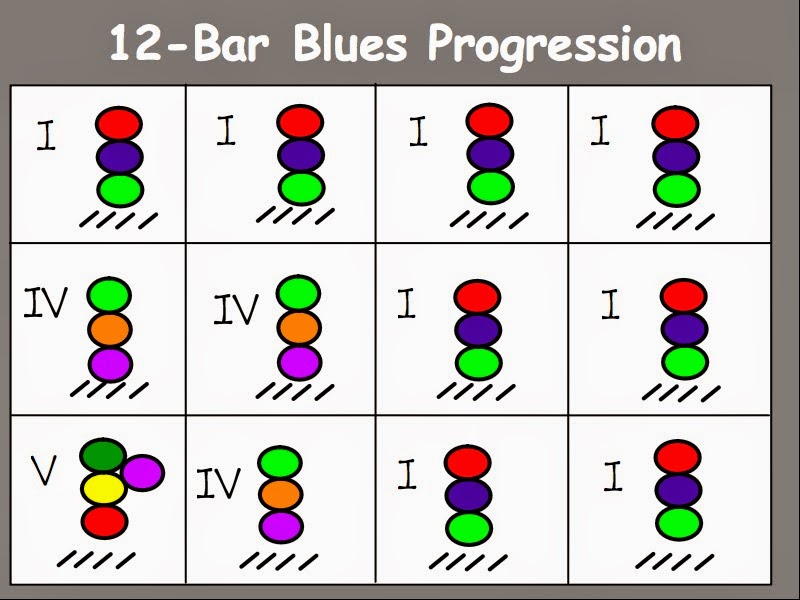 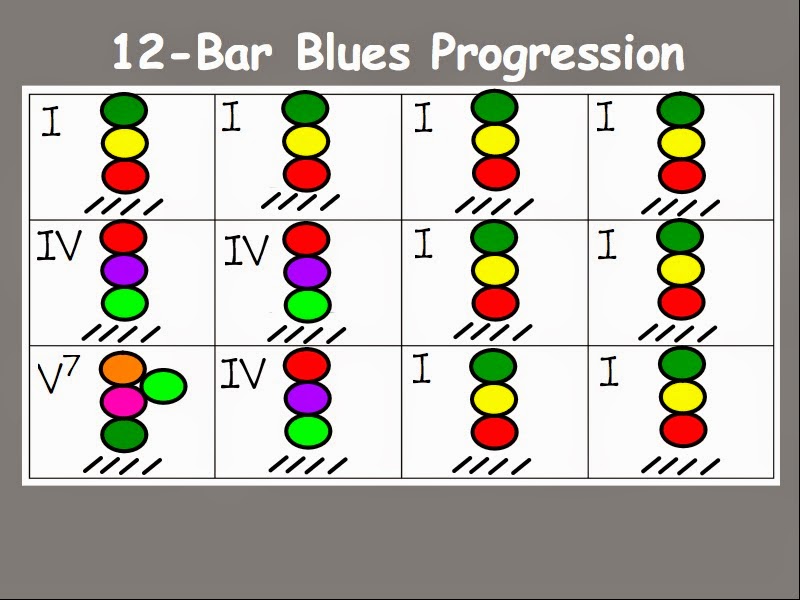 Then we play the 12-Bar Blues Progression with the song we sung earlier (like "Good Mornin' Blues" or "ABC Blues") as we sing along.  The Boomwhackers play 4 sounds per bar when their color appears.  The kids love this and really get into it.  Even my littlest Kindergarten friends are relatively successful with this and have so much fun.  We usually allow enough time to switch Boomwhacker colors at least once so that no one gets stuck only playing 4 times in the whole progression (sorry 3rd scale degree friends!!).
I have also played the progression with students on resonator bells

All of the Above Charts and Images Can Be Downloaded as a ZIP File (bmp, PDF, and ActivInspire formats) for FREE from my Dropbox Account HERE!!!

This is Part Two of a Three-Part Series.  Here are the other articles in this series: 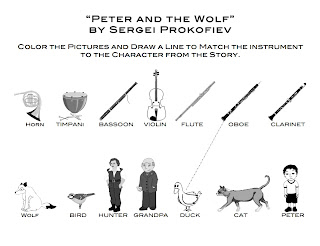